Passion for transport, this is the reason why we allways want to do our best.
First of all “LA TICINO TRASPORTI” represents all people who foundend it. We are talking about special people who through their forces start growing a new company day by day as their own creative. Thanks to they hard working they create something unique which is still growing also today even if its founders don’nt drive anymore. Nowadays the company is leading by other people who do their job with the same passion ans dedication the older employees had in the past.

But let’s tell you something about us. We created it from nothing. We who have spent many days of our lives to travel long and wide every corner of Italy and Europe, with every time and in every season, passing many nights huddled in the bunks of our trucks, without ever leaving the customer’s load that you He trusted us.

Antonio, class 1948, originating in the province of Rovigo, magenta of adoption and Francesco, class 1947, Corbettese C.G (here portraits in a photo of the years ‘ 80). 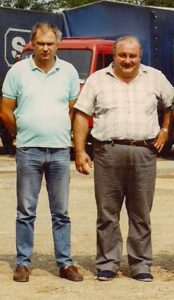 We are in 1974 when Antonio begins the adventure, with only one medium, a truck.
Soon after in 1976 Francesco joined the adventure started by his friend Antonio with his own vehicle.
At this time the partnership is based only on the deep friendship that ties the two truckers, they still do not know that they have laid the foundations for a collaboration that almost 40 years later, in our days, still harder and firmer, cemented more and more by a friendship and a Respect that go far beyond mere working interest.
In 1979 Antonio began the expansion by hiring his first employee driver and buying a new truck.
But it is in the 1986 that the new company is Born: The two friends believe so much to dedicate all their strength to the new born, Ticino Trasporti, based in Corbetta

The two separate realities of Antonio and Francesco in fact merge together and together grow, are hired several employees and acquired new means.


And then gradually you grow together, always side by side, pass the years and Ticino Trasporti expands, you buy more and more means and you hire other employees.

The means become increasingly powerful and diversified by type and possibility of tasks and services performed. 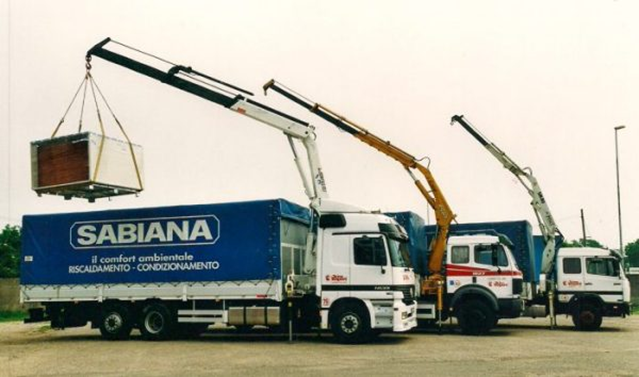 To become increasingly large and big, able to satisfy all the needs of the customers.

And This is the story of our company, a company born from the iron will, from the sacrifice, from the hopes of two special people, two friends, Antonio and Francesco